A man’s desires, plans, and goals go through many changes during the course of his adult life. While birth control may be a priority early on, the desire to have a biological family could surface much later in life. Regardless, the ability to father children has deep roots in our culture as a sign of virility and genealogical continuity. Male infertility specialist, Dr. Jeffrey Buch, has helped many men in the Dallas area and across the country, understand their conditions and find answers.

In medical terms, “infertility” is characterized by failure to accomplish clinical pregnancy after 12 months of unprotected regular sexual relations. The condition may be due to a reproductive impairment in either individual, or attributable in part to both parties. Male infertility is the man’s inability to cause pregnancy in a woman who is confirmed to be fertile. About seven percent of the male population is affected.

Male infertility is often the result of deficiency in semen quality – concentration of healthy, vital sperm; quantity – sufficient semen to reach eggs; or motility – adeptness of sperm to swim. Some of the medical causes include:

Other risk factors are:

Dallas male infertility specialist weighs in on symptoms and treatment

Dr. Buch begins with a comprehensive analysis of semen volume, sperm count, motility, and morphology. Assessment of these primary factors develops a clear picture of sperm’s ability to access and penetrate eggs. Then a precise sperm washing technique can be performed to obtain a concentration of the healthiest sperm for invitro fertilization. These services are provided discreetly, at the NTMIC Sperm Lab, a fully-equipped laboratory on-site at Legacy Male Health in Frisco, TX. 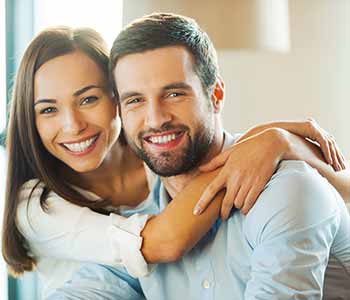 Low-T treatment generally has a positive effect on erectile dysfunction, but if that alone does not resolve impotency, other medications, nonsurgical, and surgical options can be explored.

The most important aspect of successful male infertility treatment is finding the right doctor. One who treats your concerns with compassion, and your condition with the latest medical advances to help you become a father.

Back To Male Infertility Page

Add a Review
What Our Patients Say

Rating : 5
~ Joe P. Dr. Buch is a life saver. Dr. Buch was very helpful with me with my low-t. Dr. Buch started me on an Hrt program that I am now finally started to feel good. I am also doing Sermorelon/ghrp-2 and it's been a month already and I feel great. My wife like's the stamina and vigor I have in the bedroom. I highly recommend this Dr., he will help you to feel great again and his staff is super friendly as well. Also my friends are noticing a difference in me as well and boy it feels great to hear those compliments. Thanks a lot Dr. Buch you're the best.
Posted on

Connect with Dr. Jeffrey Buch on

With a nationally recognized practice in Greater Dallas Texas, he has authored many articles in prestigious journals whilst undertaking the training of other urologists in his field.

Dr. Buch’s passion is to partner with his patients in resolving their medical concerns and to provide them with the finest possible service with respect to Male Reproductive Health.