Cryopreservation in Frisco, TX: An ounce of prevention to carry on your family name

While it isn’t something most young men think about, cryopreservation of sperm in your 20s could be a game changer in having a healthy biological family later in life. Dr. Jeffrey Buch, an internationally-recognized expert in male health and fertility, shares this advice for men in Dallas, the Frisco, TX area, and across the globe.

The average age for an American man’s first marriage is now 29, as compared to age 26 in 1990 and 22 in 1960. Second families are common, often producing biological children in a new relationship, at a time when earlier offspring may be starting families of their own. While a man may produce viable sperm throughout life, many changes can occur that impair the chance of conception.

Semen cryopreservation, also known as sperm banking, is a means of preserving a man’s sperm so that it may be thawed and used for insemination at a future time. While there is an initial expense and annual storage fee, the cost can be much less than attempts at in vitro fertilization or adoption. Plus, you cannot put a price tag on the value of a healthy baby.

For this reason, an increasing number of young males are considering sperm banking, and their parents are encouraging it.

When you are at the peak of virility, it is human nature to ask, “What could possibly go wrong?” Here are some of the curveballs life could throw your way to diminish your ability to father children. As you read through the list, it becomes obvious that most men will encounter at least one of these situations during a lifetime. 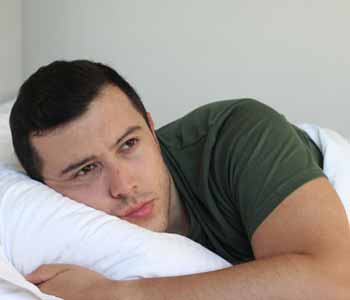 Possibly. While there is still much to be learned about the complex interaction of the mother’s and father’s DNA in a baby’s physical and mental health, a study of 2.6 million Swedish children revealed some interesting trends.

A child fathered by a man aged 45 or older is:

Than a child created from the sperm of a man aged 20 to 24. In addition, the Mayo Clinic reports that offspring of older men face increased risk of birth defects such as achondroplasia, a bone growth disorder.

Research supports that genetic mutations occur more frequently in the sperm of older men. A 20 year old father passes, on average, 25 mutations. The sperm of a 40 year old man carries an average of 65 mutations. Difficulty conceiving a child statistically increases with the age of both partners, as well.

If you are considering vasectomy, facing surgery, dealing with a cancer diagnosis, or simply want to protect your option to have children in the future, the time for cryopreservation of sperm is NOW. Call (972) 996-7177 to schedule an appointment with Dr. Jeffrey Buch at Legacy Male Health in Frisco, TX.

Add a Review
What Our Patients Say

Rating : 5
~ Joe P. Dr. Buch is a life saver. Dr. Buch was very helpful with me with my low-t. Dr. Buch started me on an Hrt program that I am now finally started to feel good. I am also doing Sermorelon/ghrp-2 and it's been a month already and I feel great. My wife like's the stamina and vigor I have in the bedroom. I highly recommend this Dr., he will help you to feel great again and his staff is super friendly as well. Also my friends are noticing a difference in me as well and boy it feels great to hear those compliments. Thanks a lot Dr. Buch you're the best.
Posted on

Connect with Dr. Jeffrey Buch on

With a nationally recognized practice in Greater Dallas Texas, he has authored many articles in prestigious journals whilst undertaking the training of other urologists in his field.

Dr. Buch’s passion is to partner with his patients in resolving their medical concerns and to provide them with the finest possible service with respect to Male Reproductive Health.